The demand for ultra luxury properties in Madrid is high, while the supply is limited. Learn more about the most expensive projects, including the rebuilding of the theatre into a residential property!
The luxury and super-luxury real estate market in the Spanish capital is enjoying a moment of splendour. The demand is high, while the supply is limited. However, there are currently around eight projects with premium homes for sale.

In the second half of the 19th century, the Marquis of Salamanca led the construction of the distinguished Madrid neighbourhood that today bears his name. The aristocratic buildings in and around Calle Serrano brought about a great change in the city, which was beginning to resemble the great European capitals, and in 1871 they gave impetus to Madrid's first tramway (which connected this noble area with the central Puerta del Sol). Today, 150 years later, the Salamanca district is once again leading the revival of luxury in the capital with comprehensive refurbishment projects that bring a shine to its most stately buildings. For Álvaro Martínez, director of Barnes Madrid, "the Salamanca district is, par excellence, one of the most exclusive districts in Spain and Europe". In this international luxury real estate agency, this neighbourhood stands out for its 19th and 20th century buildings, the possibility of finding spacious family apartments of more than 150m2, plus the exclusive commercial and gastronomic infrastructure of the area. These ingredients arouse the interest of national and foreign buyers, especially those from Latin America who find Salamanca the perfect place to invest. Currently, the average price in the district is 6,077 /m2, an increase of 4.3% over the same period last year, according to Barnes.

But new luxury developments in Madrid are not only to be found in the Salamanca area. Other neighbourhoods such as El Viso and Los Jerónimos, as well as the Centro area, also have new homes in this segment.

All in all, sales of premium homes grew by more than 100% up to September compared to the same period in 2020. These figures made Madrid the city with the highest increase in luxury sales, according to a recent study by Knight Frank. In addition, prices in this segment increased by 2% year-on-year in the third quarter.

As interest in luxury homes in the capital has grown, so has the secrecy surrounding the developments that are for sale. Many real estate agencies refuse to advertise their offers and the law of silence and discretion reigns. Despite this, EXPANSIÓN has had access to the most exclusive developments currently on the market in Madrid.

Luxury properties for sale in Spain 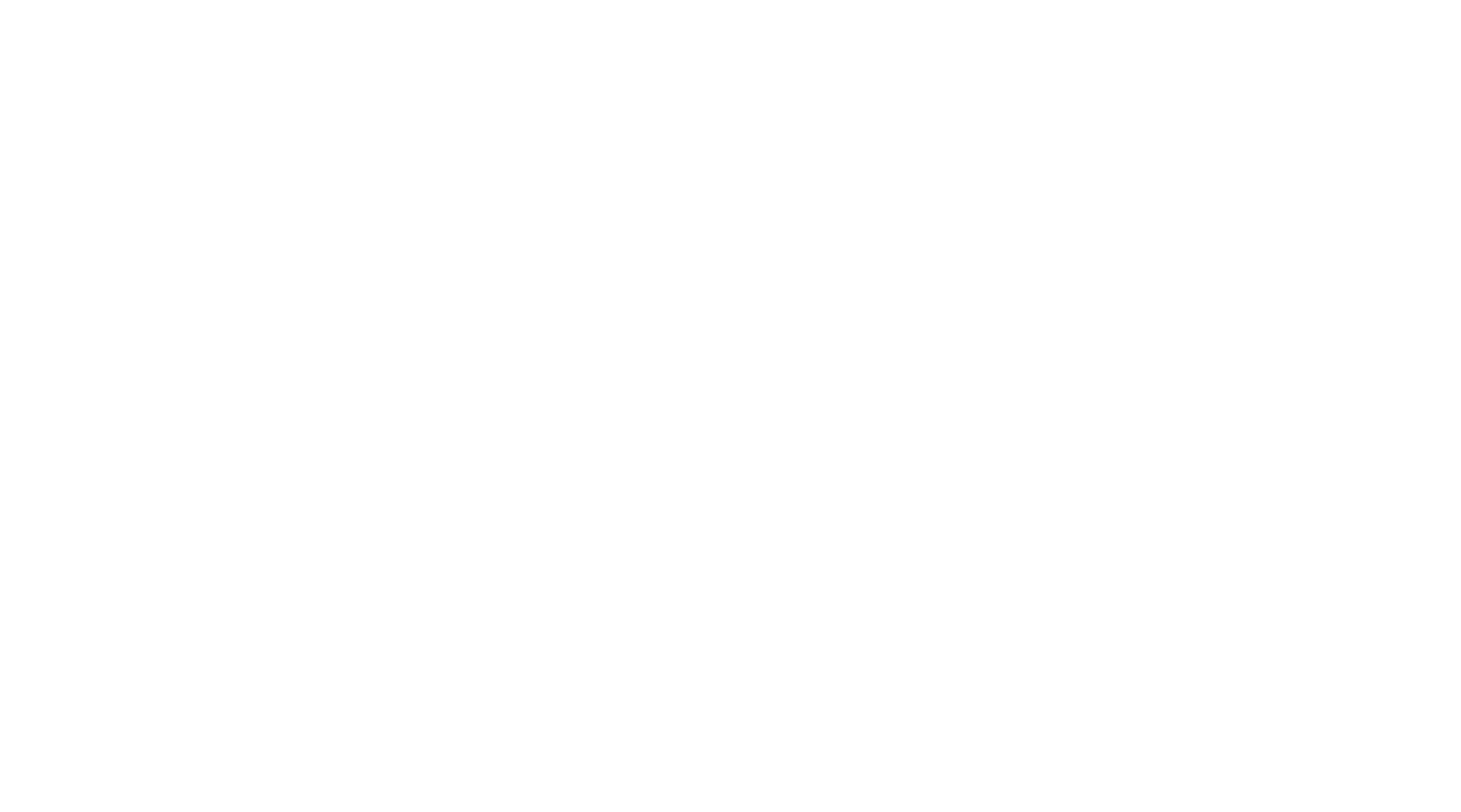 11 Marqués de Salamanca (from 5 million euros) , ms11.es/las-residencias
#11 Marqués de Salamanca square, which gives its name to the prestigious neighbourhood where it is located, is home to the most luxurious development currently on sale in Madrid. The building, which dates back to 1932, is being completely refurbished by Terralpa Investments and boasts the stately air that characterises this area.

The project includes duplex flats and penthouses with 3 and 4 bedrooms. The price ranges from 5 million for the apartments to 13.1 million for the most expensive penthouse. The latter has a 340 m² terrace and a private swimming pool. All the properties have very high ceilings, almost three metres, and "designed with sophistication and comfort", according to the developer.

Future owners will enjoy premium services such as a wellness and spa area, independent access and security, as well as a concierge service inspired by luxury hotels.

These homes, which are being marketed by Colliers, are still in the final stages of construction and are scheduled for delivery in early 2022.

In the residential neighbourhood of El Viso, Gran Roque Capital has already completed a new-build project, a type of housing that is in short supply in this discreet and elegant area of Madrid.

This is a complex of eight 447m2 homes with unbeatable views, thanks to its four free-standing façades.

There is a large garden with a tree grove and swimming pool, as well as a wellness area, indoor swimming pool and a gym.

Colliers is marketing these flats, which are priced at 5 million euros, and are ready to move into. The project of Pablo Aranda, 3 -in El Viso
gran-roque.com This stately building has been completely refurbished. Now it has one apartment per floor with four bedrooms. Prices range from 2.9 million to 7.4 million for the duplex penthouse, which has two terraces and a 70 m2 rooftop garden.

Alzaria stands behind this project, which is also marketed by Colliers, and the keys are expected to be handed over at the beginning of 2022. Living room of one of the flats at Claudio Coello, 11 , cc11.es
This early 20th century building, owned by Abilia, has also undergone a complete renovation. The architectural studio Bernar/Sainz de Vicuña (B/SV) has been responsible for undertaking this project in which they have sought to maintain its unique style (with white marble and wrought iron bars), combining it with the needs of modern spaciousness and luminosity, as well as with innovative materials (blued brass cladding and oak wood). "We have been very respectful of the building's level of protection in order to enhance the bourgeois architecture of the Salamanca district," says architect Manuel Bernar.

The result is a project comprising eleven luxury homes with high ceilings, large doors, large windows and original balconies. Knight Frank, which is the company in charge of marketing it, assures that there are only three units available, one on the fifth floor and two penthouses. These flats start at 2.6 million euros and will be delivered in the fourth quarter of 2022.


In addition, the noble character of this century-old building has also been maintained by recovering one of the elements that characterised Madrid's architecture at the time: the courtyard. The aesthetic and recreational character of the interior park has been restored by integrating the gym and sauna into this space, as well as landscaped areas and an outdoor swimming pool. Living room with access to the garden with swimming pool in one of the flats at Paseo de la Habana, 147, paseodelahabana147.com
In this well-known and quiet street in Madrid, Uniq Residential is building a property with 58 luxury homes of between 140 and 250 square metres, with 4,500 square metres of communal areas surrounded by century-old trees.

In addition to a garden, which preserves its century-old trees, residents of this urban oasis have at their disposal an infinity pool of more than 20 metres and a gym. The entire complex has 24-hour security and concierge services, equipped with state-of-the-art security systems.


This development is built on a 7,500 square metre site opposite the Cuban consulate, one of the most sought-after plots of land in the capital given the scarcity of land available for the construction of high-rise buildings in the area.

The building Padilla, 66 has on its south side a wooded green space, which will be transformed into a spectacular private garden with large green areas and swimming pool, padilla66.com
Back in the Salamanca neighbourhood, in the Lista area, where we find Padilla 66. This project includes the complete refurbishment of the existing building, which allows the number of homes to be increased to a total of 25 units - 1, 2, 3 and 4 bedrooms, with duplex penthouses and ground floor apartments with terraces - and will provide the building with a private underground car parking with 36 spaces and storage rooms.

The price of these flats, marketed by Promora, is between 640,000 euros and 3 million euros. Keys will be handed over in January 2023.

Each home has been designed with the utmost attention to detail, with high quality finishes and the highest standards of quality in the materials.

Another point to highlight is the leading role played by vegetation in this project, both in the private garden and in the greenhouses set up in each of the homes. In addition to the green areas, the owners will be able to enjoy the swimming pool and the gym. Alcántara 25, Barrio de Salamanca, Madrid, princetonplc.com/26-alcantara-25-1
This development offers homes that are different from what is usual in the Salamanca neighbourhood. Modern city loft living is a new development in the Goya area in which the flats have been designed as lofts with open spaces. It has thirty studios, twenty one-bedroom flats and ten two-bedroom apartments. These are luxurious lofts in the Goya area where you can purchase a property from a studio of 68 m2 to a 191 m2 penthouse. They stand out not only for the quality of the materials used but also for their ceiling heights of more than four and a half metres plus large floor-to-ceiling windows.

Promora, the real estate agency in charge of marketing, assures that it is "an innovative project designed for those who are looking for a privileged location and environment with a touch of modernisation and exclusivity". The price of these homes ranges from 600,000 euros to 2 million euros and their delivery is scheduled for December 2023.

The communal areas include a rooftop swimming pool with solarium. In addition, in the hall there is a large lobby, which has a meeting room, a projection room, a parcel storage room and a cold room. The building has a concierge and 24-hour security, as well as parking spaces in the building. Teatro Gran Vía 30, the new exquisite residences in Madrid Centro, granvia30.com
This luxury development is located in the heart of Madrid, in the well-known Gran Vía street. Thor Equities, together with Robledo Arquitectos, is promoting this project of 28 flats with 2 and 3 bedrooms, with a surface area of between 135 m² and 195 m², which will be built behind the façade of the old Fontalba Theatre. In addition, the penthouses will have terraces of up to 80 m² with panoramic views of the capital.

One of the strong points of this project is its location in the heart of the city. It is a booming area of the capital, boosted by the luxury project Centro Canalejas Madrid. Likewise, the location of Teatro Gran Vía 30 is particularly striking, as it is a non-typical residential location on one of the most beautiful, well-known and important streets in the city.

The marketing of the 28 homes in Teatro Gran Vía 30 is in the hands of Colliers and Knight Frank, with a selling price ranging from 780,000 euros to 2 million euros. The homes will be delivered in the second half of 2022.
Read more related articles
The best cities to retire in Spain
What is the most affordable place to retire in Spain, and what is the most exclusive? Where is the best healthcare in Spain for elderly people, and the cheapest property? Read the article to find out!
The best areas of Madrid to buy a property to let
Investment in housing is an activity with high profitability and moderate risk, but it is full of myths that need to be addressed.
How much money do you need to buy property in Madrid or Barcelona?
How much does it cost to buy an apartment, a penthouse or a villa in Madrid and Barcelona? The budget for buying a second-hand property in the city of Madrid has fallen by -15% and -22% in the city of Barcelona compared to the previous year.
Salamanca: Madrid's most attractive area for investments
One of the wealthiest and most expensive areas in Madrid has the highest price per square meter of residential property
Want to keep up to date with the latest news on Spanish real estate?
Thank you for your attention! If you are interested in Spanish real estate
contact our agents!
Get the monthly Virto Property newsletter
Subscribe to get the must-read news in your inbox.
Once a month you will hear about our latest features and hottest news.
And no spam, of course.
Subscribe to Virto Property social networks and stay informed!
Up